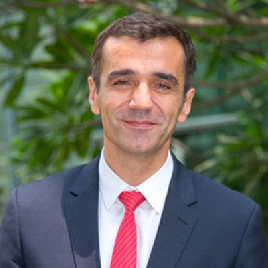 Professor Ilian Mihov was appointed Dean of INSEAD on October 1, 2013. Prior to his appointment as Dean, Professor Mihov served as Interim Dean and as Deputy Dean for Faculty and Research.

Professor Mihov joined the INSEAD economics area in 1996. He has taught macroeconomics and econometrics in the MBA, EMBA, PhD and many executive education programmes as well as in the Global Leadership Fellows Programme of the World Economic Forum. He has been nominated several times as one of the best teachers in the MBA and EMBA programmes and has won the Outstanding Teacher Award multiple times.

His research is on topics related to monetary policy, fiscal policy and economic growth. He is also a research fellow at the Center for Economic Policy Research (London, UK) and a vice president of the Asian Bureau for Finance and Economics Research (ABFER). Ilian is currently a Board Member of the Singapore Economic Development Board (EDB). He was a member of the Scientific Committee of the Banque de France's Research Foundation (2002- 2010) and of the Advisory Board of the Bulgarian National Bank. In 2010/11 and 2011/12 he served as a member of the World Economic Forum's Global Agenda Council on Fiscal Crises.

He holds a PhD degree from Princeton University and a B.S. in business administration from the Moore School of Business at the University of South Carolina where, in 2006, he was recognised as a Distinguished Young Alumnus.